A vineyard irrigation project that set out to reduce the reliance on the River Murray is expanding and could soon provide enough water for the entire western Barossa Valley.

The $21.4 million Gawler Water Reuse Scheme is a public-private partnership between Light Regional Council and Bunyip Water, which was commissioned on September 30, 2016.

The project in South Australia centres around 43 km of pipes linking the Gawler River, a series of dams to serve foundation customers’ existing irrigation areas, which are Light Regional Council’s reserves in Hewett and Seppeltsfield Wine’s vineyards in the western Barossa Valley. It aims to substitute 800 ML of Murray water by harvesting 1200 ML – 1600 ML a year of stormwater from the Gawler River.

The Barossa Valley, about 70km north of the South Australian capital Adelaide, is Australia’s premier wine region and is home to iconic brands including Penfolds. Jacob’s Creek, Wolf Blass and Seppeltsfield.

Designed and managed by Adelaide company HydroPlan, the project has delivered the full 1600 ML in its first year.

“Everything went really well last year and they even rolled some water over” HydroPlan Principal John Gransbury said.

“This season we’re full again already so unfortunately we can’t store the water flowing past that we’re authorised to take.”

HydroPlan partnered with several South Australian businesses in the construction of the project, which has won several accolades including an Honor Award from the American Society of Irrigation Consultants and a high commendation at the Water Industry Alliance Awards in Australia.

Industrial Internet of Things company Dematec delivered the control and communications infrastructure for the project, which is managed by a 3G telemetry system that allows HydroPlan to efficiently operate the system remotely via tablet or phone thereby reducing ongoing management costs.

The Gawler River is prone to occasional flash flooding and can pose a threat to the businesses during major overtopping events. However, it is also dry an average of three years in 10, making it necessary to incorporate Bolivar water and underground aquifers into the plan to ensure water security in dry years.

SA Water treats the water to a high standard for unrestricted irrigation in the region around Virginia, and is planning the $155.6m Northern Adelaide Irrigation Scheme, which will extend it north of the Gawler River.

Power has been connected to the first of potentially six bores for storing water underground, the feasibility of which has already been trialled.

“Our objective now using the results of that trial is to apply to put water underground that is suitable for irrigation, and this includes stormwater and Bolivar water when we’ve got surplus,” Gransbury said.

“If things go well we will get approval to start storing water underground next year. The aquifer is well suited and the technology is highly developed.

The project was funded by a $10.7 million Federal Government grant and a loan from the Light Regional Council. Seppeltsfield Wines has entered into a long-term water supply agreement and has the option to take control of the infrastructure assets after 6 or 10 years by repaying the invested capital.

Gransbury said the project reduced the reliance on River Murray water and also reduced the amount of Gawler River runoff and Bolivar water going out to Gulf St Vincent and killing sea grass.

He said he and management of Bunyip Water had been in talks with other potential customers on neighbouring vineyards, helping them also to take control of their water security.

The pipeline is under-utilised because of the restrictions on accessing Bolivar water. About 30 gigalitres a year of treated Bolivar water flows out to sea, and less than 20 gigalitres is utilised.

“Our scheme started at 1.2 gigs and we think we’re reliably at about 1.6 at the moment, but if we are allowed to access more Bolivar water we could easily get up to 4 gigs by adding storage,” Gransbury said.

“Hopefully the availability of Bolivar water will improve now that SA Water has $155.6m to spend. The western Barossa needs at least 5 gigs in the short-term and the potential for export growth is excellent.” 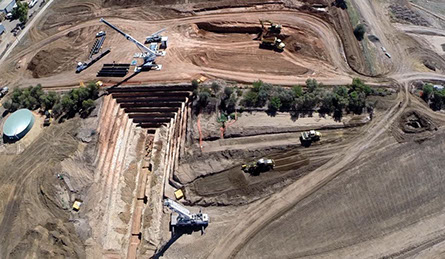 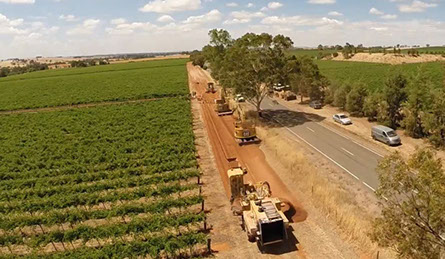 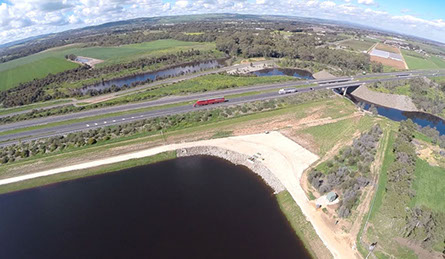 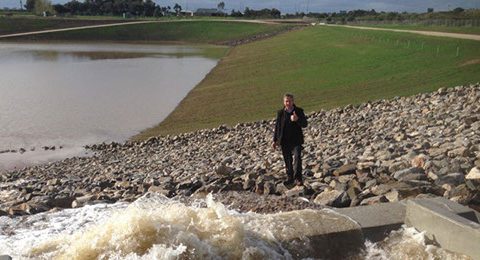 Dematec Automation is proud to be the control and communications integrator in the transformational Wamuran Irrigation Scheme. The recycled water scheme will supply year-round water security to a number of…

A new and innovative research project to provide safe drinking water to regional communities in Australia is underway. The project is a collaboration between Dematec Automation, Power and Water, the…

The company’s brave approach to switch its focus from traditional manufacturing towards advanced manufacturing and industrial control systems has paved the way for its future. Adelaide-based engineering company and Water… 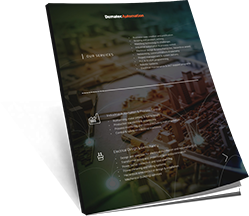